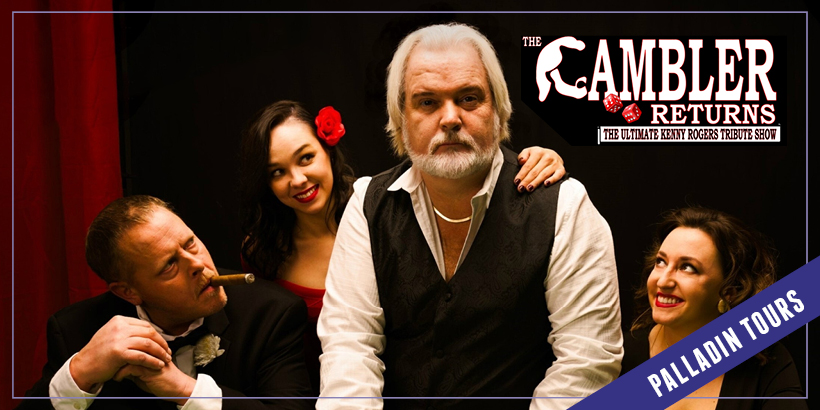 Experience the music of GRAMMY® Award-winning superstar Kenny Rogers. A musical experience that spans over six decades of hit after hit song! His music is loved throughout the world and connects with generation after generation. Kenny’s command of the stage, heartfelt performances, gift for storytelling and distinctive voice are all on full display in this honoring re-creation of his LIVE performances. The show recreates the magic of a night with Kenny in the Ultimate Kenny Rogers Tribute Show, The Gambler Returns. This full band top production show will take you on a musical journey through the career of an American Icon and Legend that sold over 120 million albums worldwide and racked up some 24 No.1 hits including “The Gambler,” “Ruby”, “Lady,” Through the Years,” “Islands in The Stream,” “Lucille,” “She Believes in Me” and so many more.